"Failure is NOT an Option" 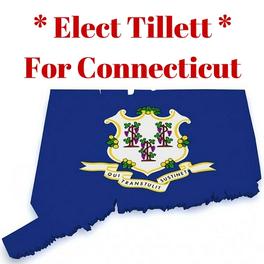 Theresa grew up on a family owned farm in NY. She was raised surrounded by her parents & extended family of grandparents, aunts & uncles & cousins to value work hard & family & life.

Theresa transplanted to Connecticut in 1982 where she has lived in several towns & cities in Hartford County including the north-end of Hartford, New Britain, Manchester, Newington & finally settling down to buy a home in Windsor near her husband's childhood home.

Theresa homeschooled her 2 children. Her son has gone on to serve our country in the Navy like her husband did. Her daughter is serving the Hartford community in the nursing field & mentoring while she raises her 2 boys.

Theresa is running for State Senate on Principle, because she feels that a Voice for the Working Families is not being heard by the out of touch elected officials in the capitol. She is willing to fight against the #TaxingTyranny in Hartford because it is The Right Thing to Do.